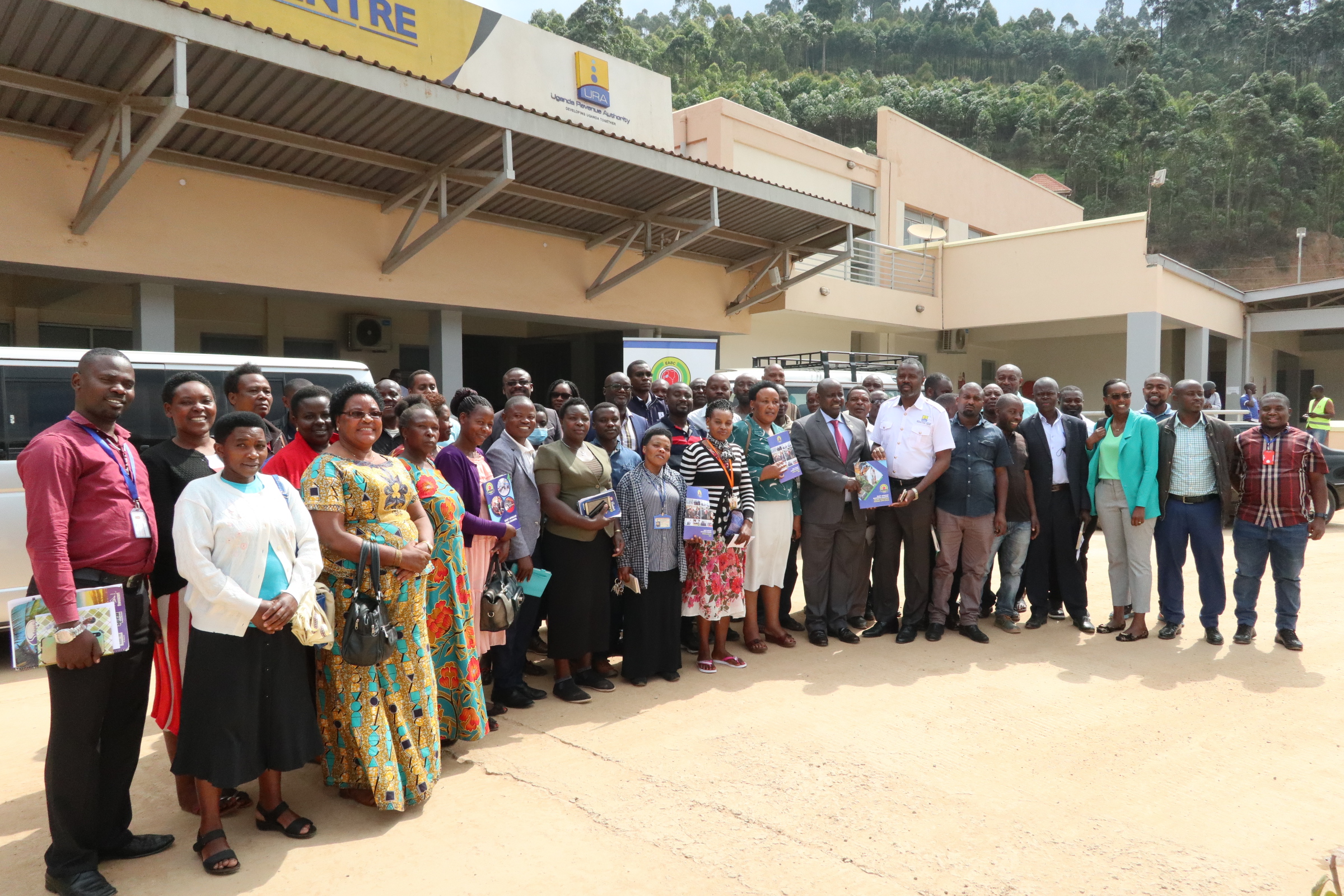 Tuesday, 28th June 2022, Katuna: Over 150 transit trucks cross over the Katuna-Gatuna One Stop Border Post (OSBP) daily following the reopening of the border. This was revealed during the EABC-TMEA Public Private Dialogue with Trade Facilitation Agencies at the Katuna-Gatuna OSBP.

The Katuna side of the border  is under construction and is set to be fully operational in August 2022.

The Gatuna Katuna OSBP currently only facilitates movement of transit cargo. Traders pleaded for Ugandan exports to be allowed to enter Rwanda and vice versa for bilateral trade ties to flourish better.

Mr. Joseph Etomet, from the Ministry of EAC Affairs Uganda said, “The EAC Secretariat has already undertaken a study on charges fee and charges If equivalent effect to inform the harmonization process of road tolls and other charges at regional level.”

Ms. Akaukwasa Miria, Chairperson of Katuna Women Cross Border Traders appreciated that a trade information desk is instituted at the border. She stated that women need to be sensitized on the EAC Simplified Trade Regime and small cross border traders should be allowed to do business at the Gatuna-Katuna OSBP.