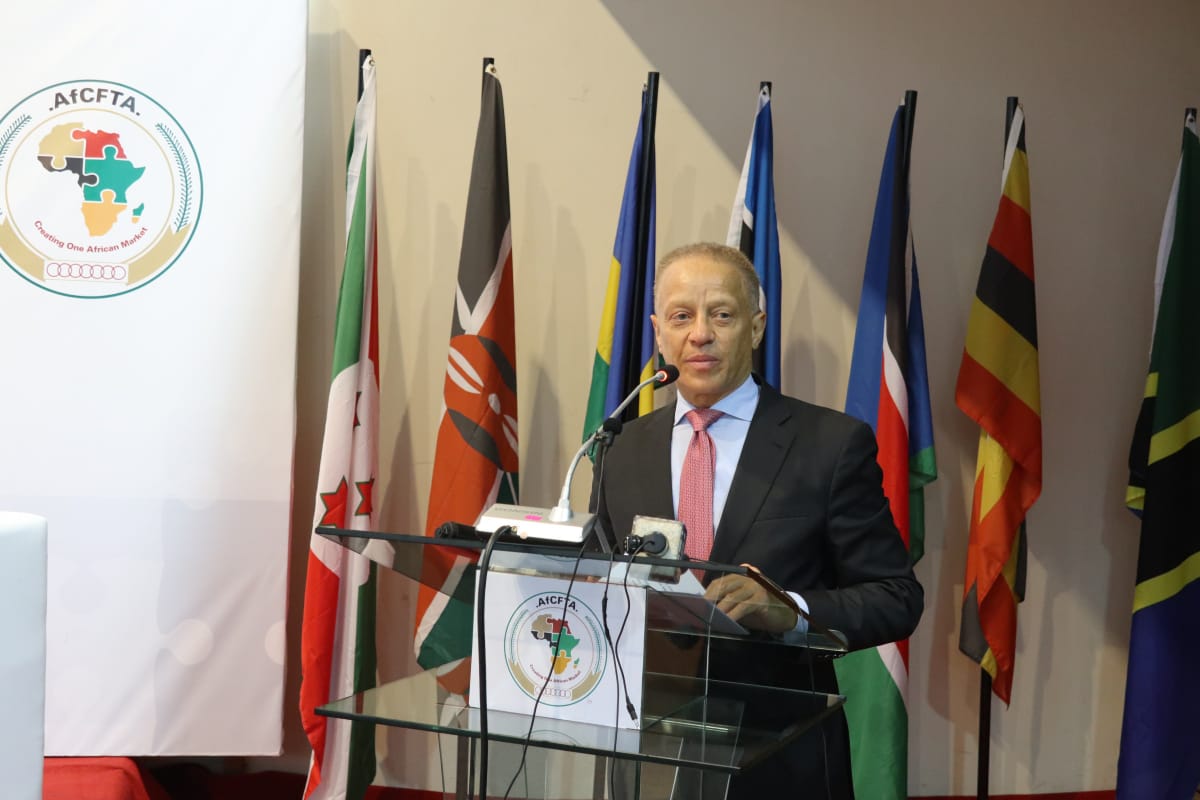 He expounded that the private and public sectors have a moral responsibility to build prosperity. Chairman Nesbitt also called for a big 5 East African Agenda to rally the private sector to champion economic growth and prosperity in sectors of tourism, infrastructure, agriculture, and digital trade among others. He further urged the Heads of Regional Economic Communities to open up African skies for increased connectivity and trade.

The AfCFTA presents a major opportunity for African countries to bring 30 million people out of extreme poverty and to raise the incomes of 68 million people (WorldBank).

The share of Intra African trade remains low: on average, 13% for intra-imports and 20% for intra exports, while Extra-African trade accounts for more than 80% of the total trade.

On his part, H.E. Wamkele Mene, Secretary-General, AfCFTA Secretariat said “Our ambition is to take the AfCFTA to the next level. We want to see commercially meaningful trading in “Made in the AfCFTA” goods and higher quality services, across the continent, as was directed by the Assembly of Heads of State.”
H.E.  Mene explained that Africa contributes only  2.1% to the global trade output and 3% to the Gross Domestic Product.  He called for accelerated reforms to boost industrial development, competitiveness and intra-Africa trade.

She reiterated the deep commitment of the President and Government of the United Republic of Tanzania to implement the Agreement establishing the continental free trade area.

H.E. Amb. Mulamula recognized the eagerness of the East African private sector led by EABC  to collaborate and trade in the region and the continent.

On her part, the President of the Africa Business Council Dr. Amany Asfour called upon the Governments to formulate a continental local content policy whereby 40% of procurements to be awarded to the African private sector in order to hasten economic growth and industrial development.