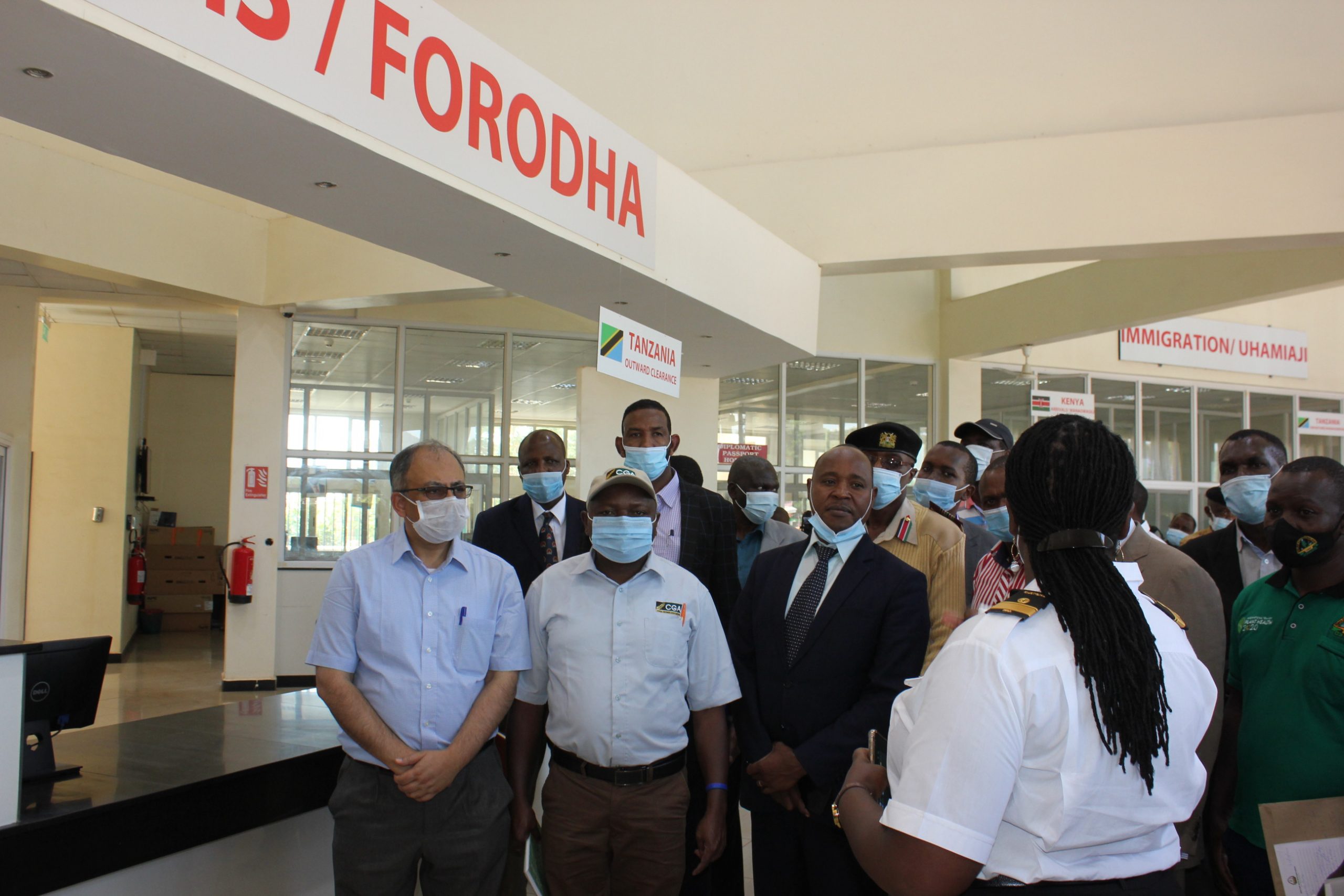 Wednesday, 30th September 2020, Arusha, Tanzania: The East African Business Council (EABC) is calling for equal treatment of all citizens entering Kenya from Tanzania, irrespective of whether they are truck drivers or ordinary citizens. Currently, ordinary citizens entering into Kenya from Tanzania are allowed to proceed once they produce a COVID-19 certificate while the truck drivers are subjected to both production of the certificate from Tanzania and also another testing at the border point and allowed in only after the results are out. This, a process which border officials from the Tanzanian side and truck drivers claim is taking more than a week, hence subjecting goods to further delays.

EABC CEO Dr. Peter Mutuku Mathuki also called for the strengthening of Public-Private partnerships between the Republic of Kenya and the United Republic of Tanzania to boost bilateral trade. Dr Mathuki was speaking while on a mission led by the Permanent Secretary in the Ministry of EAC, Kenya, Dr. Kevit Desai, to the Namanga border to establish the capacity of aflatoxin surveillance while witnessing the testing and issuance of COVID-19 certificates.

Covid-19 is estimated to cost East Africa partner states between $37 billion to $79 billion in output losses. In March-July 2019, the value of Kenya’s exports to Tanzania stood at approximately USD. 336 million while imports stood at USD.275. million, (Central Bank of Kenya). In the same period in 2020, analysis indicates that Kenya exports stood at USD.169. million and imports stood at USD. 135.million, a decrease by -9.8% on exports and 29.4% on imports.

The team also visited the proposed site for construction of an integrated Cross-border Market at Namanga. The market that will sit on 200 acres of land will be built by the Ministry of East Africa Community and Regional Development, Kenya in collaboration with Kajiado County government. Dr Mathuki, proposed for this to be emulated in other EAC border points and called this to be a trio partnership among the government, Private sector and the county governments.

“The market is set to enhance trade between Kenya and Tanzania, promote value addition, spur economic growth and ensure standards and quality assurance or goods traded between the two countries,” he said.  Further, the County government will be able to showcase their products which can access the cross-border markets.