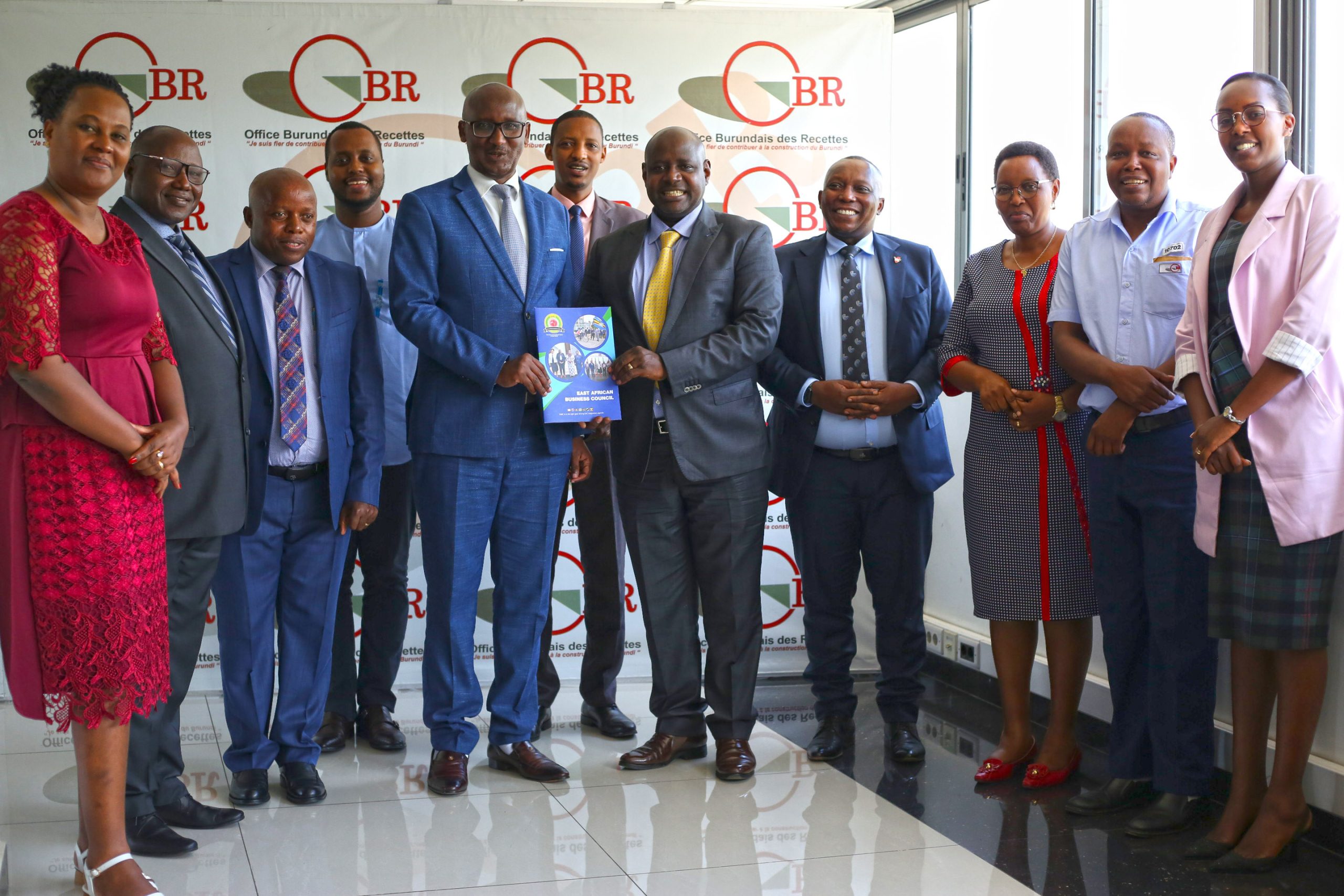 He stated that International Monetary Fund has projected Burundi’s Real Gross Domestic Product to increase by 3.3% in 2022 from 3.1% in 2021.

Mr. Antoine Muzaneza, EABC Vice Chair urged for closer partnerships between Burundi Revenue Authority and Business Associations in the co-formulation of policies and sensitization on tax and trade issues in order to drive economic growth.

The Deputy Commissioner General Mr. Kabura said Burundi Revenue Authority is committed to facilitating intra-EAC trade. He stated that the Government of Burundi is revamping the port of Bujumbura, Rumonge and Kabanga and there are plans to set up One Stop Border Post at Mugina and Ruhwa.

Burundi exporters called upon EABC to champion advocacy on mutual recognition of standards in order to boost Burundi exports to the EAC region, sensitization on double taxation and benefits of the African Continental Free Trade Area (AfCFTA).

The EABC delegation also toured the port of Bujumbura and discussed areas of partnership with Global Port Services.

This high-level engagement was organized under the EABC- Trademark East Africa (TMEA) Public-Private Dialogue Project funded by the Ministry of Foreign Affairs of the Netherlands.