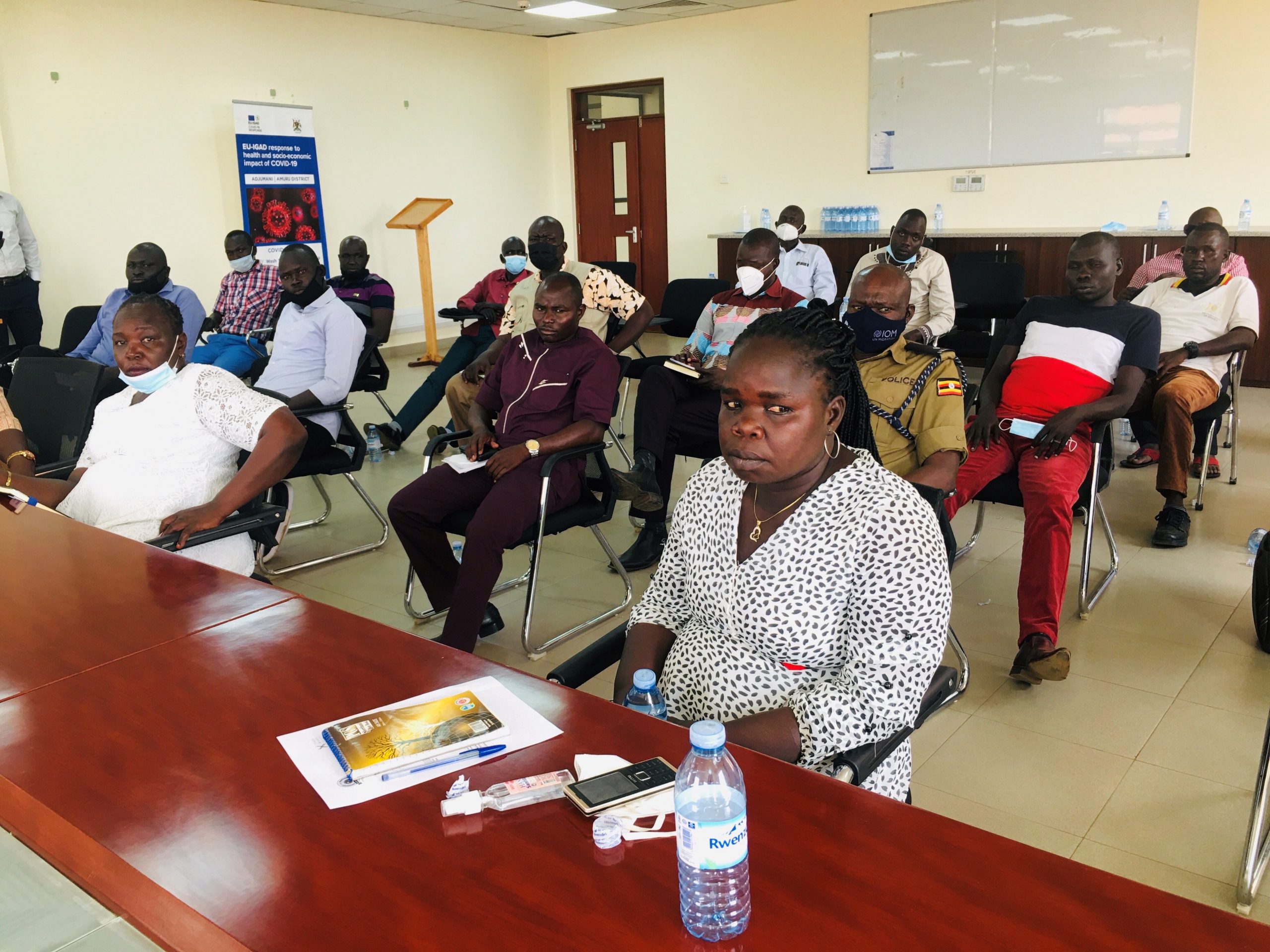 Speaking at the EABC -TMEA Public-Private Dialogue at the Elegu/ Nimule One-Stop Border Post, transporters, clearing and forwarding agents and traders explained that delayed implementation of the EAC Single Customs Territory by South Sudan causes delays in the clearance of cargo at the border. The transporters reported that occasionally trucks await clearance for 2 days in the parking yard.

The EABC urged the EAC Secretariat to mobilize more resources to support South Sudan to finalize the construction of the One-Stop Border Post (OSBP) and implementation of EAC protocols and commitments in order to facilitate trade. The One-Stop Border Post (OSBP) concept is not operational due to the delays in the construction of the OSBP facility on the South Sudan side.

The Ugandan side of the OSBP facility hosts South Sudan’s customs agency officials only as the integration of other trade facilitation agencies is still pending. Traders called for the adoption of technology and digitalization of the customs system to avoid manual processing of documents by South Sudan customs Officers delaying clearance.

High covid19 testing fees for small scale cross border traders, currently at USD 25 on a daily basis on the Ugandan side; Inadequate knowledge on the Customs procedures by the cross border traders, Delay construction of cross border market to ease business and storage of their merchandise and Long traffic queues at the border on the South Sudan side-impact trading of perishable goods such as fish, bananas and cabbage traded are among the challenges impeding faced by women cross border traders at Elegu/Nimule OSBP.

The EABC-TMEA public-private dialogue convened over 40 officials from trade facilitation agencies, importers, exporters, transporters and women cross-border traders to chart out solutions to ease the free movement of persons and cargo at Elegu Nimule OSBP.

Other issues deliberated and raised include: