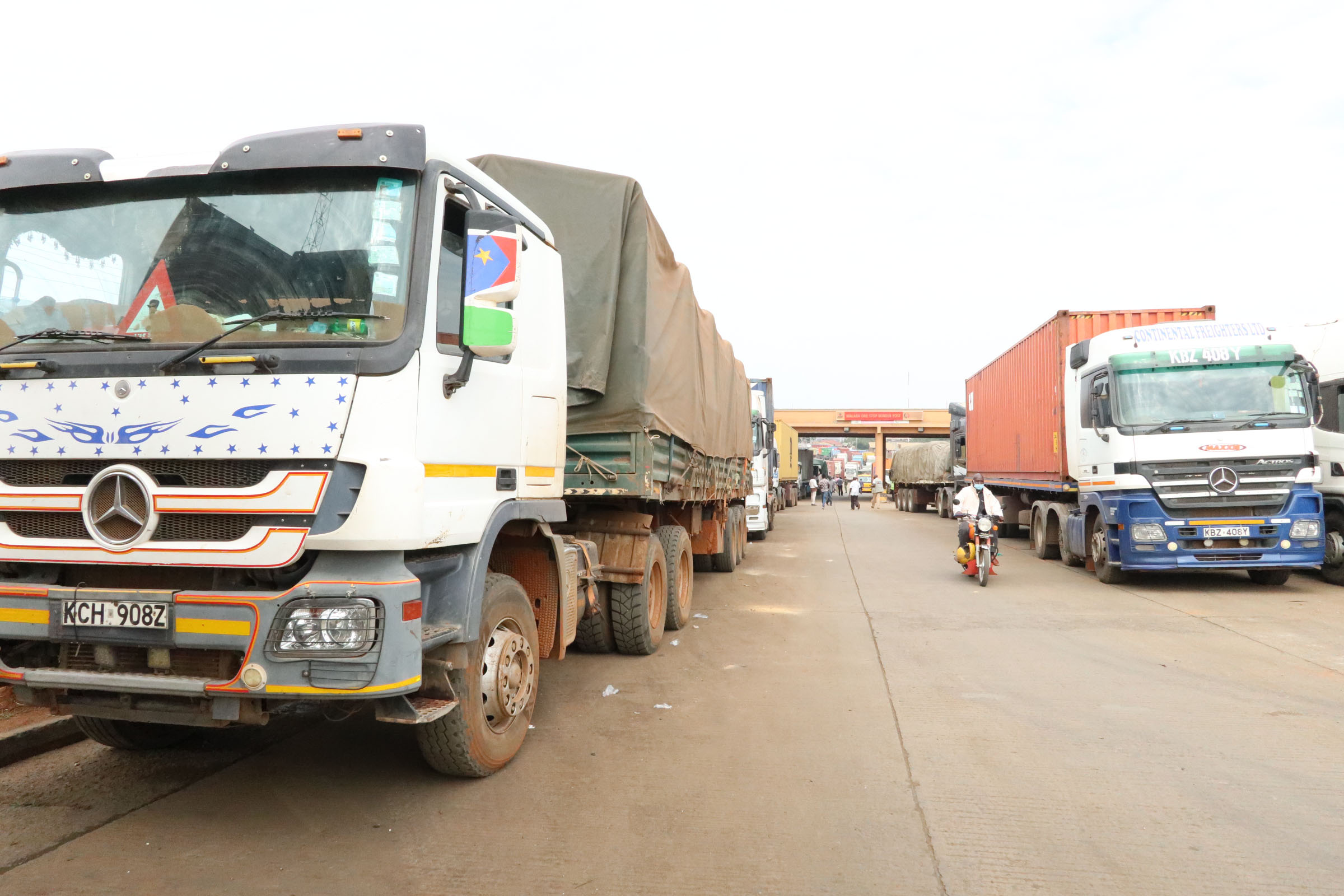 Thursday, 14th July, 2022 Arusha, Tanzania: Dr. Merian Sebunya, Chairperson, National Logistics Platform, Uganda said “Transport and logistic costs compose of 35%-42% of production this is high compared to 8% in Asian countries. ” She explained that this has negatively impacted the competitiveness of the EAC bloc and trade balance.

Speaking at the EABC-TradeMark East Africa (TMEA) Webinar on Corridor Performance & Impact on EAC Business Competitiveness, Dr. Merian Sebunya appealed to Governments of the EAC Partner States to take deliberate actions to bring down the cost of transport & logistics in the EAC region to ensure EAC exports can compete at AfCFTA and international level.

The EAC Trade & Investment Report (2020) shows EAC exports globally stood at USD US16.2 billion in 2020 while imports at  USD 35.6 billion registering a negative balance of trade of USD 19.4 billion.

Mr. Ogambi called upon government agencies to render services that are commensurate to the fees charged, as outlined in Article 6 of the WTO Trade Facilitation Agreement.

Dr. Merian Sebunya emphasized, “We need to improve the export competitiveness and production capacities  of the EAC bloc to ensure imported containers return back full with EAC exports.”

Mr. Emmanuel Imaniranzi from Northern Corridor Transit and Transport Agreement (NCTTA) said the cargo throughput at the port of Mombasa  increased plus the transit time in the Nothern Corridor is recovering to normal following the easing of COVID-19 restrictions and use of digital certificates but transportation costs are still high.

Mr. Melchior Barantandikiye, HOD for Logistics of  Central Corridor Transit and Transport Facilitation Agency (CCTTFA) said reduction of the number of weighbridges from 9 to 3 and road tolls from 16 USD per 100KM to 10 USD per 100KM are some of the measured done to improve the performance of the Central Corridor. He revealed that 80% of cargo in the central corridor uses road transport.

Mr. John Mathenge, Managing Director, VIASERVICE LTD expounded that logistics is a business enabler. Mr. Mathenge called for regional holistic approaches and vision on the competitiveness of the transport & logistic sector in order to reduce the cost of doing business in the EAC region. He called for an EAC transport and logistic charter/framework to integrate the ecosystem, boost complementarities to enhance efficiency and lower production costs.

Full implementation of the Single Customs Territory, Development of multimodal transport systems – inland waterways & railways, Structure Public Private Dialogue and collaboration in research and policy formulation and sharing best practices, Improving physical and soft infrastructure, Elimination of Non-Tariff Barriers, Adoption of technology by both private and public sector such as weigh in motion, Cost of Insurance and Freight and Evidence base research and impact analysis, Improving compliance by the private sector are among the key recommendations outlined by the stakeholders.