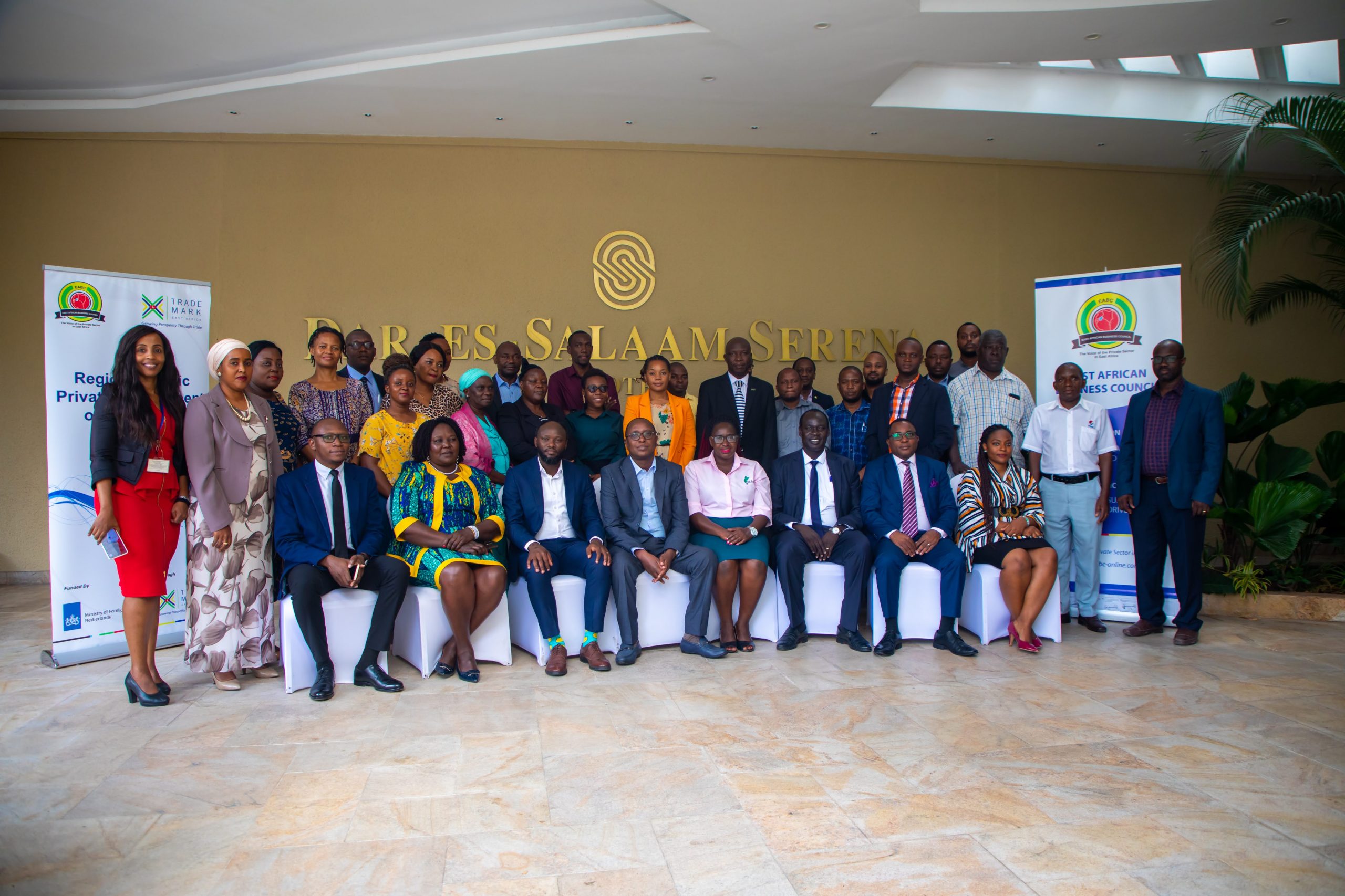 Evidence shows harmonization of standards has increased in intra-trade by 10%, reduced inspection & clearance costs at the border from USD. 500 to USD. 400 and clearance days from 10 days to 0.5 days.

Other notable reforms include: the establishment of the Regional Standards Plan (RSP) and an Online catalogue of harmonised standards has been developed since 2021.

The National Standards Bureaus in EAC Partner States are at different levels of harmonisation of standards ranging from 65% to 90%. More specifically Burundi and South Sudan have significant administrative and capacity challenges hence have note adoption of harmonised East African Standards.

Manufacturers have further call for a demand driven and low cost approach towards standards development in EAC. The Public Private Dialogue also explored on global perspective on the use of artificial sweeteners / Nutritive and Non-Nutritive sugar in manufacture of carbonated soft drinks, juices, confectioners and dairy products (yogurt) and their interlinkages to competitiveness and innovation.

The Regional Public Private Engagement on Standards is organized under the EABC-TMEA Public Private Dialogue Project for Increased Trade & Investments in the EAC, funded by The Netherlands.

Other Key issues raised include: reduction of the multiple inspections at the border, high standardization and compliance cost especially for MSMEs and revival of the East African Business Council Standards Platform to building common positions, identify constraints, priorities and enhance capacity on standards among private sector stakeholders.