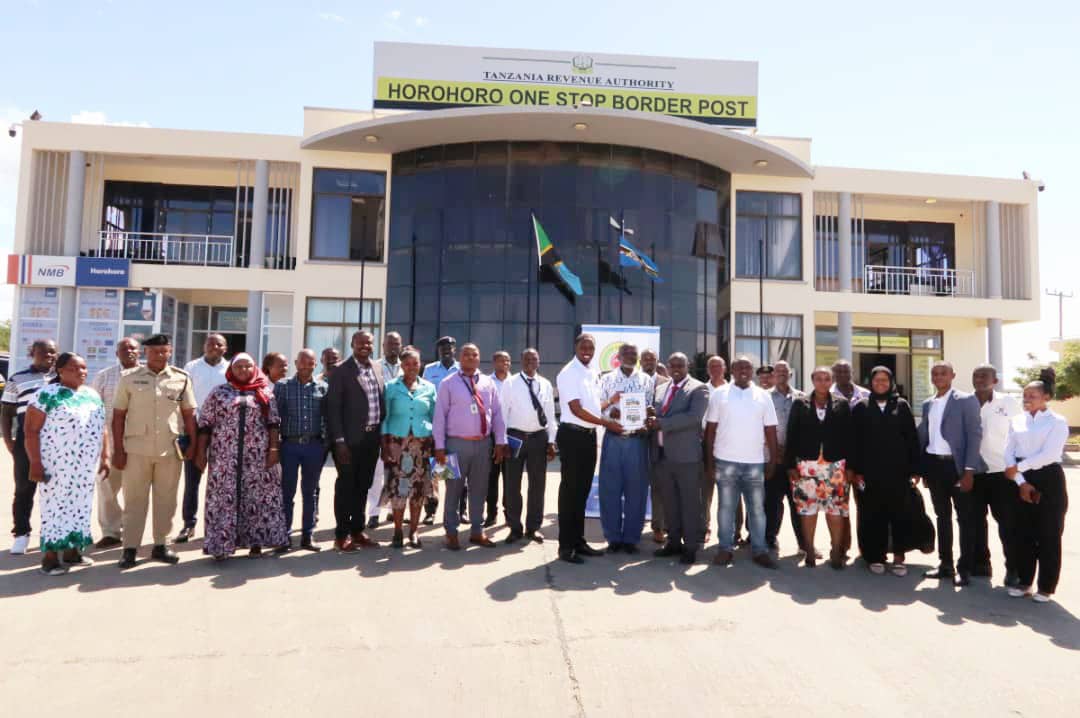 Mr. Kalisa, urged that Kenya Revenue Authority (KRA) officials should be posted to the key cities in Tanzania to facilitate the pre-arrival clearance of exports from Tanzania to Kenya to reduce traffic queues at the border.  Tanzania has already posted Tanzania Revenue Authority (TRA) officials in Mombasa and Nairobi to facilitate the pre-arrival clearance of goods under the Single Customs Territory framework.

Kenya’s exports to Tanzania for the first quarter January-March 2022 stood at USD139.42 million while imports at  USD 118.6 million (Central Bank of Kenya).

The Manager of Horohoro OSBP Tanzania said, “the pilot running of one-stop border operations at the Horohoro-Lunga Lunga One-Stop Border Post has eased the free movement of goods and persons between Kenya and Tanzania.”

The Manager expounded that the number of trucks entering Kenya from Tanzania has increased to 150 per day while 80 cross over into Tanzania daily.  Tanzania’s trade volume increase is attributed to coal and maize exports.

He commended the Governments of Kenya and Tanzania for waiving off COVID-19 mandatory testing for fully vaccinated passengers.

The chairperson of women cross-border traders in Kenya Ms. Zipporah urged the county governments to waive off cess levies to ease the free movement of cargo across EAC borders.  She further appealed to the border management to institute a trade help desk for women cross-border traders and construct cross border market “Jumiya Market” with amenities such as crèche & stores.

In her remarks, Ms. Eugenia Mwesiumo, from the Ministry of Foreign Affairs and East African Cooperation -United Republic of Tanzania said “EAC is more integrated than other regional economic communities in terms of social and trade ties.”

Dr. Juma Wahungu from the Ministry of EAC and Regional Development Kenya commended EABC for rolling out dialogues at the border with the business community in order to resolve trade barriers.

The Manager of Kenya Revenue Authority at LungaLunga OSBP said imports for Tanzania increased to 3300 trucks per month from 1500 trucks while exports stand at 1000 trucks following the elimination of Non-Tariff barriers.

Speaking at the Forum, Mr. John Bosco Kalisa said” intra-EAC trade was at USD 5.9 billion in 2020.”  He said a joint border performance charter and instituting a green lane for EAC originating goods will enhance trade facilitation and boost intra-EAC trade to 40%.

The traders called for the formation of a committee to oversee the acquittal of motorcycles held at the police stations, Seminars on EAC export procedures and access to markets, Bank at the OSBP on the Kenya side, Construction of road bumps at the OSBP to reduce accidents, Establishment of women cross border association on Tanzania side, elimination of bureaucracy on multi-agency forms, Inclusion of cross border trades in the joint border management meeting, capacity building on African Continental Free Trade Area and youth on business matters

Previous Story
AfCFTA TO CREATE REAL WEALTH
Next Story
EABC CONGRATULATES THE PRESIDENT OF THE UNITED REPUBLIC OF TANZANIA, HER EXCELLENCY SAMIA SULUHU HASSAN FOR ALLOWING EAST AFRICANS TO INVEST IN TREASURY BILLS AND BONDS