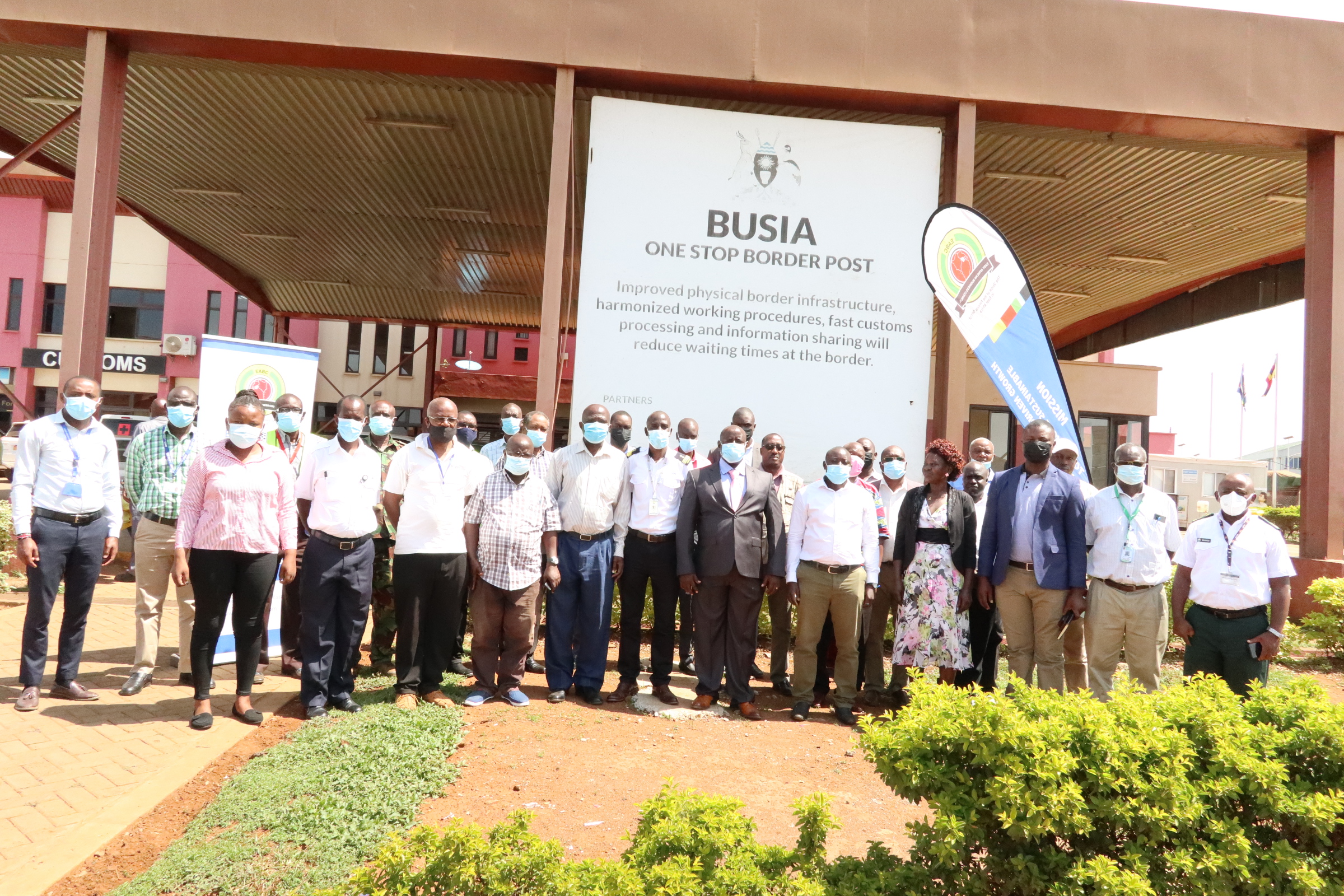 Cross border traders decried the impounding of fish from Kenya destined to the Democratic Republic of Congo worth Ksh.40 million in October 2021 by Uganda and import ban on eggs & sugarcane by Kenya.

Speaking during the EABC -TMEA Public-Private Dialogue at the Busia One-Stop Border Post, Mr. John Bosco Kalisa, EABC CEO said “Decline of intra-EAC trade from 21% in 2015 to 14% is highly attributed to Non-Tariff Barriers.”  Mr. Kalisa urged the EAC Partner States to avoid taking unilateral actions and uplift all product import bans for trade to flourish. He stated that EABC-TMEA Public-Private Dialogue’s discussions and resolutions are set to transform Busia OSBP as a model OSBP in Africa.

Different COVID-19 measures, fees resulted in a traffic queue of cargo trucks at the Busia border.

Mr. Uponja Emmanuel Uganda Revenue Authority said “Clearance of cargo used to take 2 to 3 days before the establishment of the One-Stop Border Post but now it takes 4-3 hrs and less than 30 minutes for transit goods.”

Mr. Charles Omusana, Principal Economist (Investment & Private Sector Promotion), EAC Secretariat lauded the public-private dialogue at the border as a platform to listen to how the EAC and trade facilitation agencies have been performing at the eyes of East Africans and businesses.

She stated that COVID-19 restrictions on lockdown collapsed businesses for small-scale cross-border traders.

She urged for the removal of product bans such as sugarcane and eggs as these are commonly traded goods under the EAC Simplified Trade Regime.

He urged for more support to modernize the trade information desk to enable traders to access information on currency rates, most selling products for the season foods, new regulations among other data.

Mr. Charles Achieng Chairperson Busia Traders Association called for a structured engagement mechanism for traders at the border to the national and regional level to inform the formulation of policies.

On his part, Mr. Lamech Wesonga, Manager Policy & Standards explained that the East African Business Council in partnership with East African Law Society has rolled out a legal clinic at the Busia border to support cross-border traders.