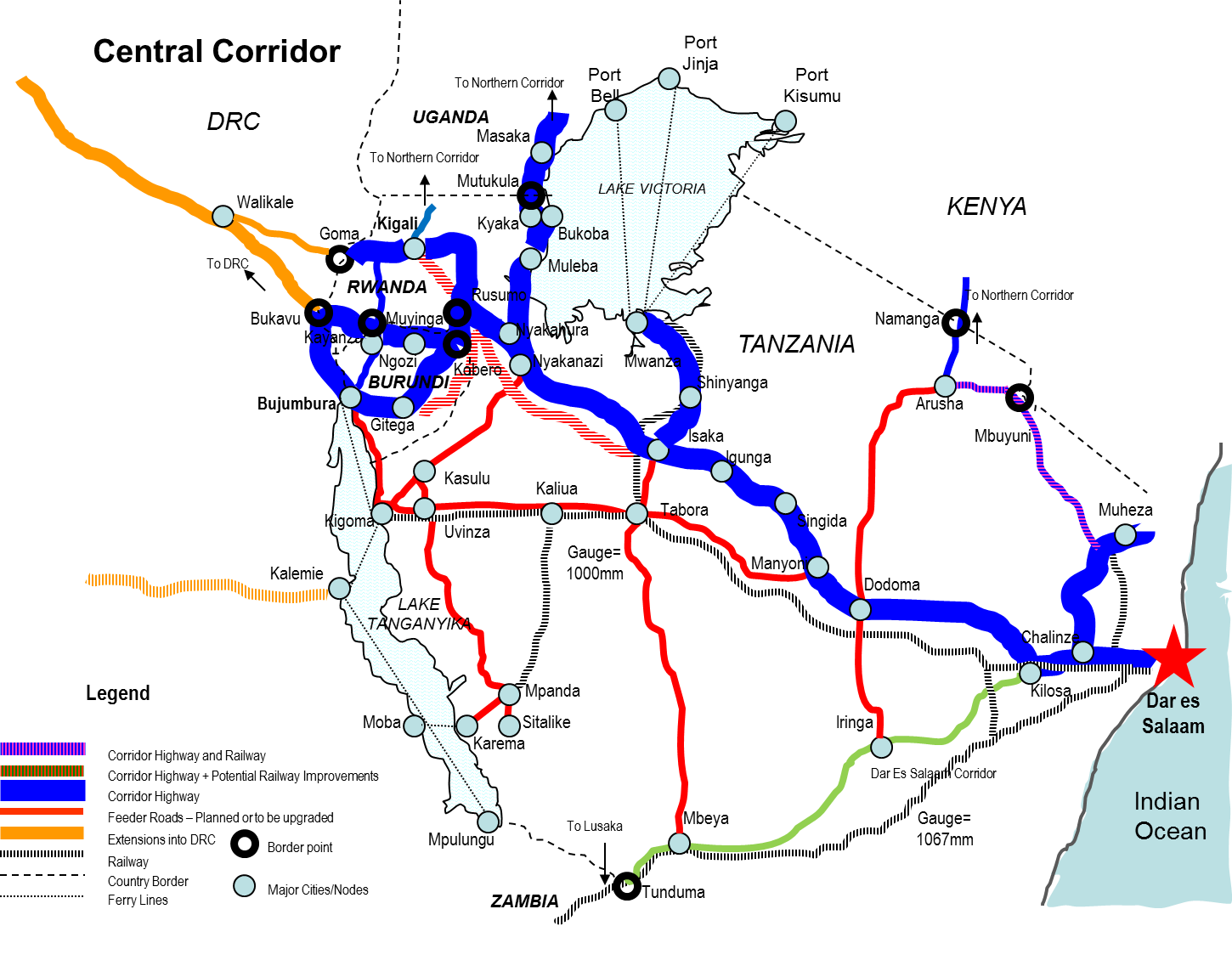 iii). A 90% Increase in Dwell Time at the Port of Dar es Salaam was observed due to COVID-19 Global Pandemic. Dwell time refers to the total time spent by containerized cargo at the Port from when the cargo was discharged from the vessel until it exits the port (average number of days the container stays in a yard). As per the Transport Observatory First Quarter Report (January – April) 2020, the dwell time for local cargo at the Port of Dar es Salaam increased to an average of 10.3 days compared to an average of 5 days during the same period in 2019, an increase of more than 90%.

iv). In adherence to health guidelines from the Ministry of Health and World Health Organization (WHO) affected operations as institutions within the port had to reduce their workforce while others had to work in shifts to observe social distancing greatly causing delays in clearing the cargo from the port. Ships also experienced delays due to mandatory testing and screening of its crew as well as the mandatory quarantining when found to be infected with COVID-19 virus.

i). Through the Central Corridor Transport Observatory, supported planning and operations of the Member States through proactive collection, processing and dissemination of traffic data, analysis of competitive corridors and business information which acts as evidence based in decision making.

ii). Corridor monitoring and stakeholders’ engagement through publication and dissermination of reports as well as holding virtual meetings with stakeholders to discuss bottlenecks and agree on common solutions.

Trade Facilitation, covers the full spectrum of border procedures from the electronic exchange of data to the simplification and harmonization of trade documents. Similary, in a globalized world where goods often cross borders many times, Trade Facilitation helps lower overall trade costs and increase economic welfare in particular for developing and emerging economies.
At the Central Corridor we are currently advocating member countries to implement these 3 Trade Faciliation Tool;

i). Need for more evidence-based decision-making: Scientific advice should be applied to every aspect of society to enable informed decisions to be made based on the best evidence available at the time. Public and private sectors should be actively involved in formulating important decisions especially in the transport and logistics sector that contributes immensely to the economy of a country.

ii). Health and the economy are interlinked: Population health is a vital pillar of a strong economy and poor population health costs the economy due to premature deaths and lost productive years. In a post-COVID world, health needs to be repositioned as an investment, not just a cost, that could accelerate economic growth in the years to come.

iii). Global health is a shared responsibility: A global problem like a pandemic requires a global solution, and it is the responsibility of every nation to prioritize public health for the benefit of humankind. Governments urgently need to formulate global standards for health systems for sharing health data and for solving global supply chain issues as well as a process of reviewing and governing research to avoid future misuse of the research data.
iv). The effective role of media and public awareness: Alongside governmental public health interventions, public awareness of how to minimize the future emergencies/pandemics from spreading will be a key mechanism. Media owners and journalists have the duty to spread scientific facts and steer from misinformation and conspiracy theories.

i). Effectively promote the sustained maintenance of infrastructure and encourage development of the Central Corridor and ensure that such development, in infrastructure and other supporting services, meet the current and anticipated requirements of the users and global benchmarked standards.

ii). To improve services and facilities along the corridor to encourage commercial activities as well as increased transport efficiency and traffic that encourage more cargo through the Central Corridor.

iv). To create a strategic, high-level partnership between senior government officials and business leaders that can sit together and discuss corridor issues.

v). To encourage the implementation of the on-going bilateral projects that attract more traders to use Central Corridor as the Trade Route of Choice.