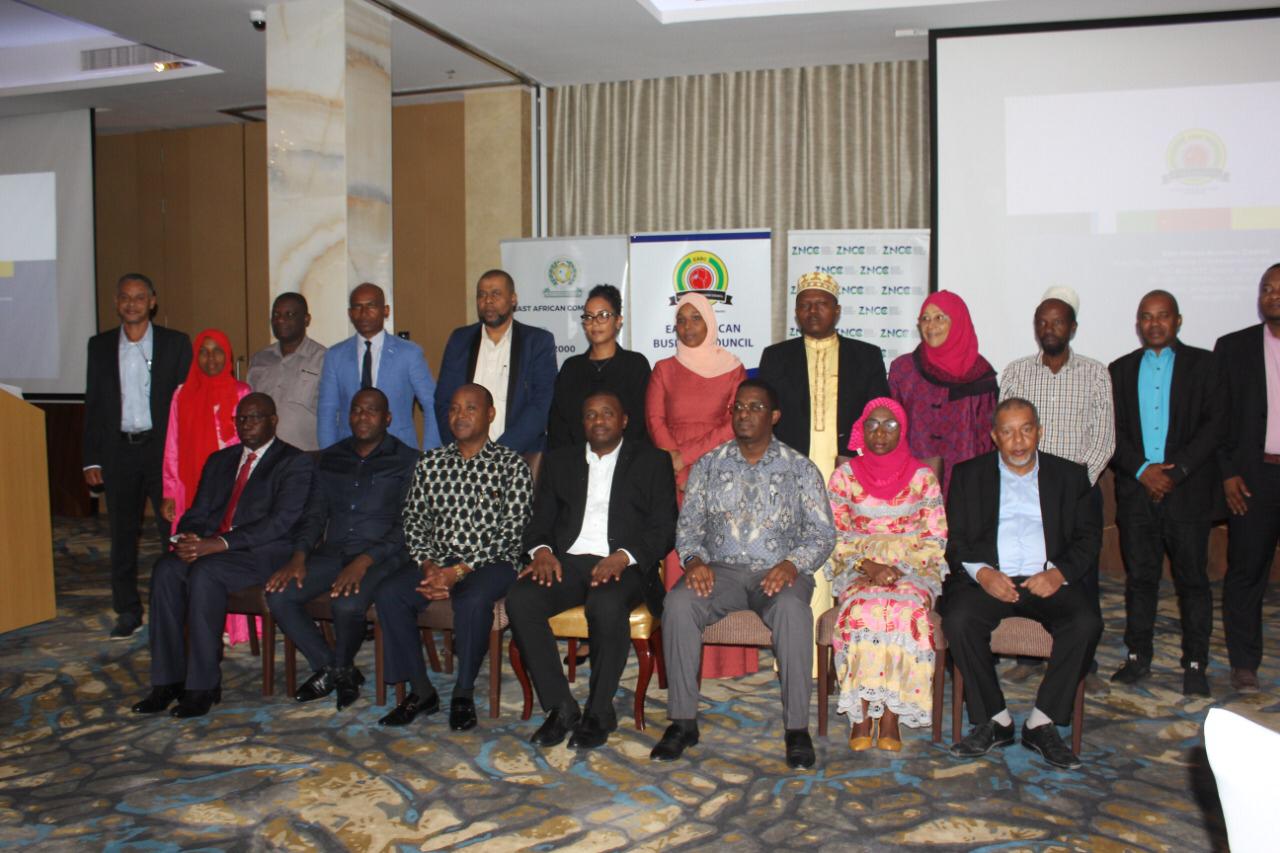 The Chief Guest was the President of Zanzibar, H.E. Dr. Hussein Ali Mwinyi, who called for foreign direct investment from East Africa and beyond in the island’s blue economy for purposes of creating jobs for the youth. H.E. Dr. Mwinyi said that the island was open for investment in diverse sectors of the blue economy including deep-sea fishing, ports infrastructure, marine transport, petroleum and gas, and tourism.

“Investment in these sectors will spur business within the East African Community in addition to increasing national revenue and improving the lives of the people of Zanzibar,” said Dr. Mwinyi.

Dr. Mwinyi said that Zanzibar had been a centre of maritime and international commerce for centuries with merchants from the island proving their worth in regional and global market.

Speaking at the event, EAC Secretary General Hon. Dr. Peter Mathuki disclosed that the blue economy was dear to the Community, adding that it had huge potential for investment especially for Kenya and Tanzania with shorelines on the Indian Ocean.

“Japan has really made good use of its blue economy. I look forward to a future where East Africa will also be a bastion of the blue economy,” said Dr. Mathuki.

Dr. Mathuki noted that Zanzibar like other East African countries was heavily dependent on tourism which had been severely hit by the COVID-19 pandemic and disclosed that the EAC would soon convene a Tourism Summit on the island to explore ways of mitigating the damaging impact of the pandemic among other issues affecting the sector.

The Secretary-General urged the Partner States national standards bureaus to work together to ensure that standards marks on imported goods from other countries were mutually recognised across the board, adding that this would ease cross-border trade in the region.

On the adoption of Kiswahili as an official language of the EAC by the Summit of EAC Heads of State in February, Dr. Mathuki said that the Community was putting in place modalities to actualise this through the East African Kiswahili, an EAC institution established specifically to promote the language and that is based in Zanzibar.

The SG revealed that the EAC would lobby for the adoption of Kiswahili as an official language of the African Union and the United Nations.

Ms. Mondoshai said that different tax regimes posed a major hindrance to the integration process with a negative impact on intra-EAC Trade and investment. Un-harmonized tax regime hampers the free movement of goods, services, labour and capital, freedoms that were provided for in the EAC Customs and Common Market Protocols. She urged Partner States to implement the EAC Agreement for the Avoidance for the Avoidance of Double Taxation.

“EABC calls for the Commencement of the actual process of harmonization of domestic taxes using a progressive approach by starting with Excise duty and Value Added Tax (VAT) followed by Income Tax and ultimately tax incentives,” said Ms. Mondoshai.

On Non-tariff Barriers (NTBs), Ms. Mondoshai said that the amendment of the EAC NTB Act 2017 and finalization of its Regulations was long overdue.

“This has led to costly and time-consuming re-testing processes or denial of market access for EAC products,” said Mondoshai.

“The current One Network Area model is being implemented by the Republics of Kenya, Uganda, Rwanda and South Sudan. To date, with the removal of roaming charges between Uganda, Kenya, Rwanda and South Sudan, has led to about 400% increase in the volume of calls, a direct benefit to EAC citizens and businesses operating across the borders.”

On the interventions against COVID-19, Ms. Mondoshai said that EAC Partner States had instituted various measures in the control of the spread of Covid-19, leading to adverse effects on doing business across the EAC region.

“Most of the measures have led to slow movement of cargo across the borders due to capacity to test, un-harmonised test charges, non-recognition of COVID-free certificates, etc. This has led to delays in delivery of products and increased cost of doing business hence stifling intra-EAC trade.”

On the Community’s trade and investment agreement with third parties, Ms. Mondoshai noted that the EAC has been collectively involved in various trade and investment agreements with third parties such as EAC-EU Economic Partnership Agreement (EPA), EAC-UK Economic Partnership (EPA) and EAC-US Trade and Investment Agreement, adding that failure to implement these agreements would disrupt trade in the region.

The Zanzibar Chamber of Commerce Chairman, Mr. Ali Amour, later handed over a memorandum containing concerns raised by the local business community to the EAC Secretary General who in turn shared the same with Vice President Abdulla.

During the CEO Round Table dinner, Zanzibar business leaders represented by Mr. Ali Amour, Chairman, Zanzibar National Chambers of Commerce (ZNCC), presented a policy document, with a matrix of intra EAC trade and investment issues that the private sector is advocating to be promptly resolved, to EAC Secretary-General, Peter Mathuki, who thereafter submitted the document to the 2nd Vice President of Zanzibar, H.E Hemed Suleiman Abdulla.