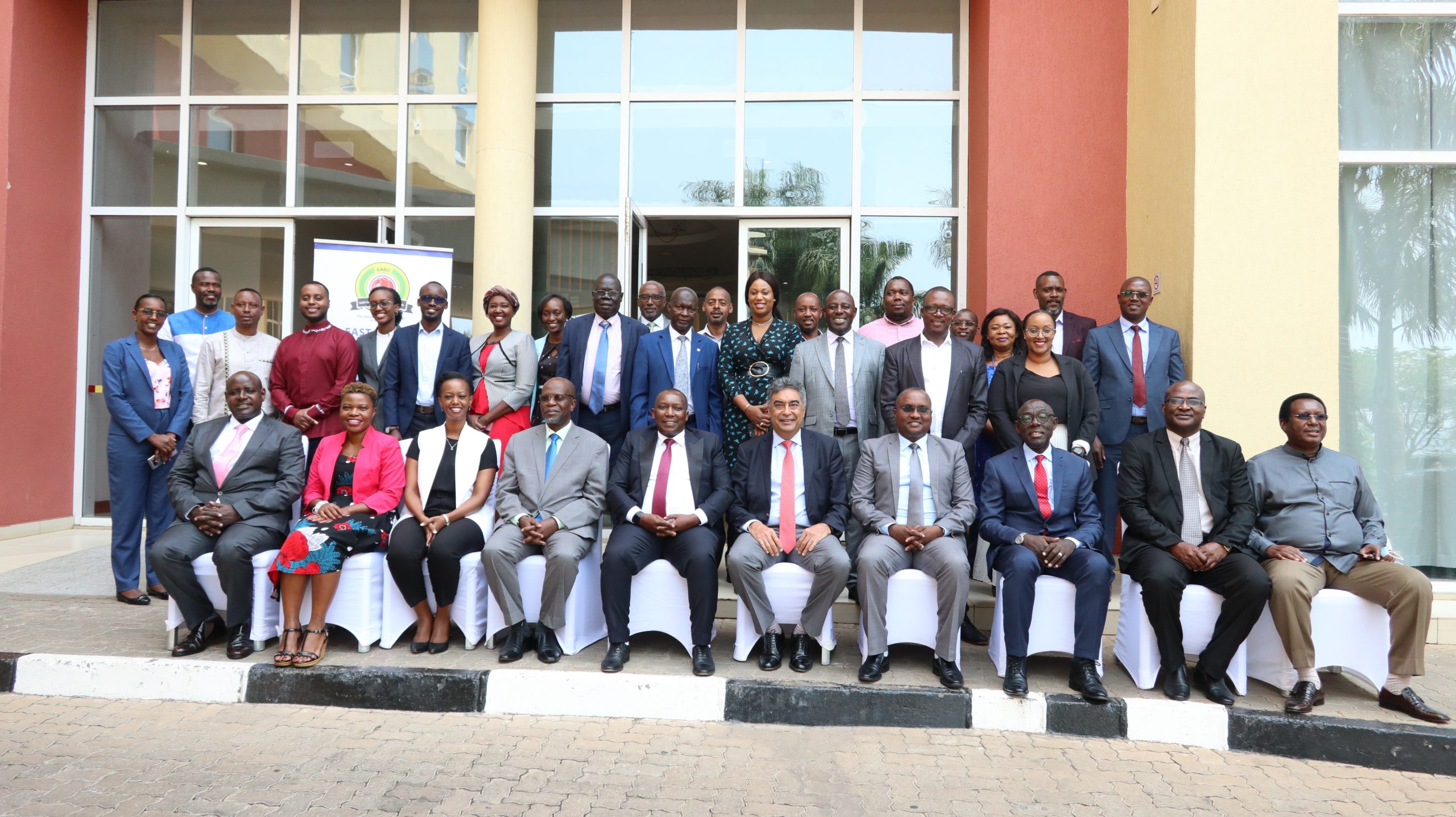 Vice Chairman Karera stated, intra African trade is less than 20% and called for decisive actions for the continent to move from rhetoric and practically trade under AfCFTA. The Consultative meeting on Implementation of the African Continental Free Trade Area convened business leaders from EABC-COMESA – SADC Business Councils to chart out a road map and priorities set to accelerate the actual implementation of the AfCFTA Agreement.

The Chief Guest, Hon. Dr. Jean Chrysostome NGABITSINZE, Minister of Trade and Industry-Rwanda said “Africa contributes only 3% to global trade.” Hon. Dr. NGABITSINZE said, “Agreements influence the quality and quantity of our trade, it is the right time to put actions to our strategies and AfCFTA.” He expounded that Rwanda has been picked among countries set to start trading under the African Continental Free Trade Area (AfCFTA) framework in a pilot phase.

In her remarks, Ms. Patience Mutesi, TMEA Country Director-Rwanda, said “TradeMark East Africa is committed to partnering with the Government and Private Sector to remove barriers to trade and improve the capacity of businesses in East Africa and the continent at large.”

She stated TMEA has partnered with the AfCFTA Secretariat in Ghana on key initiatives to make trade happen in Africa under the AfCFTA. She expounded that development partners have a role to facilitate public-private dialogue on AfCFTA, support evidence policy research and transport inter-connectivity in Africa.

Representing the EAC Secretary General, Al Hajj Rashid Kibowa, EAC Director of Trade urged EABC-COMESA and SADC business councils to ensure private sector institutional frameworks under AfCFTA are up and running and their agenda should be streamlined from the national, regional the continental level.

The private sector plays peculiar roles in the production of goods & services, exports/ balance of payment, job creation and revenue contribution critical for the delivery of social services.

Mr. John Bosco Kalisa, EABC CEO said “According to UNCTAD improvement in Trade Facilitation if realized within the AfCFTA, USD. 85 billion would be added to intra-African trade, a 128.4% increase.”

The Ukraine war, rising debt levels, finalization of Rules of Origin and Treatment of products produced in Special Economic Zones are issues challenging the implementation of the AfCFTA.

Mr. Dickson Poloji, CEO of COMESA Business Council recommended sensitization & trainings on the African Trade Observatory to enable businesses to access information and monitor the implementation process of the AfCFTA.

In his remarks, Mr. Jaswinder Bedi, EABC Vice Chair said called upon African Governments to dismantle internal tariffs, embark on value addition and reduce the costs of logistics for intra Africa Trade to grow. Mr. Bedi explained Africa contributes about 8% of the global cotton production and export nearly 70% in raw form. He said due to poor integration of industrial value chains and inefficient logistics, it is cheaper to source industrial raw materials outside Africa citing that importing cotton from Mali to Mombasa takes four (4) months.

Mr. Victor Ogola, Deputy Chief Executive Officer, KEPSA  recommended for deeper trade analysis on the implications of the products under the AfCFTA exclusion list to be done to ensure that intra-Africa trade opportunities are not stifled.

Ms. Pheona Wall, Chairperson of Uganda Law Society & EABC Board Member called for the need of clear sanctions for non-implementation of the AfCTFA.