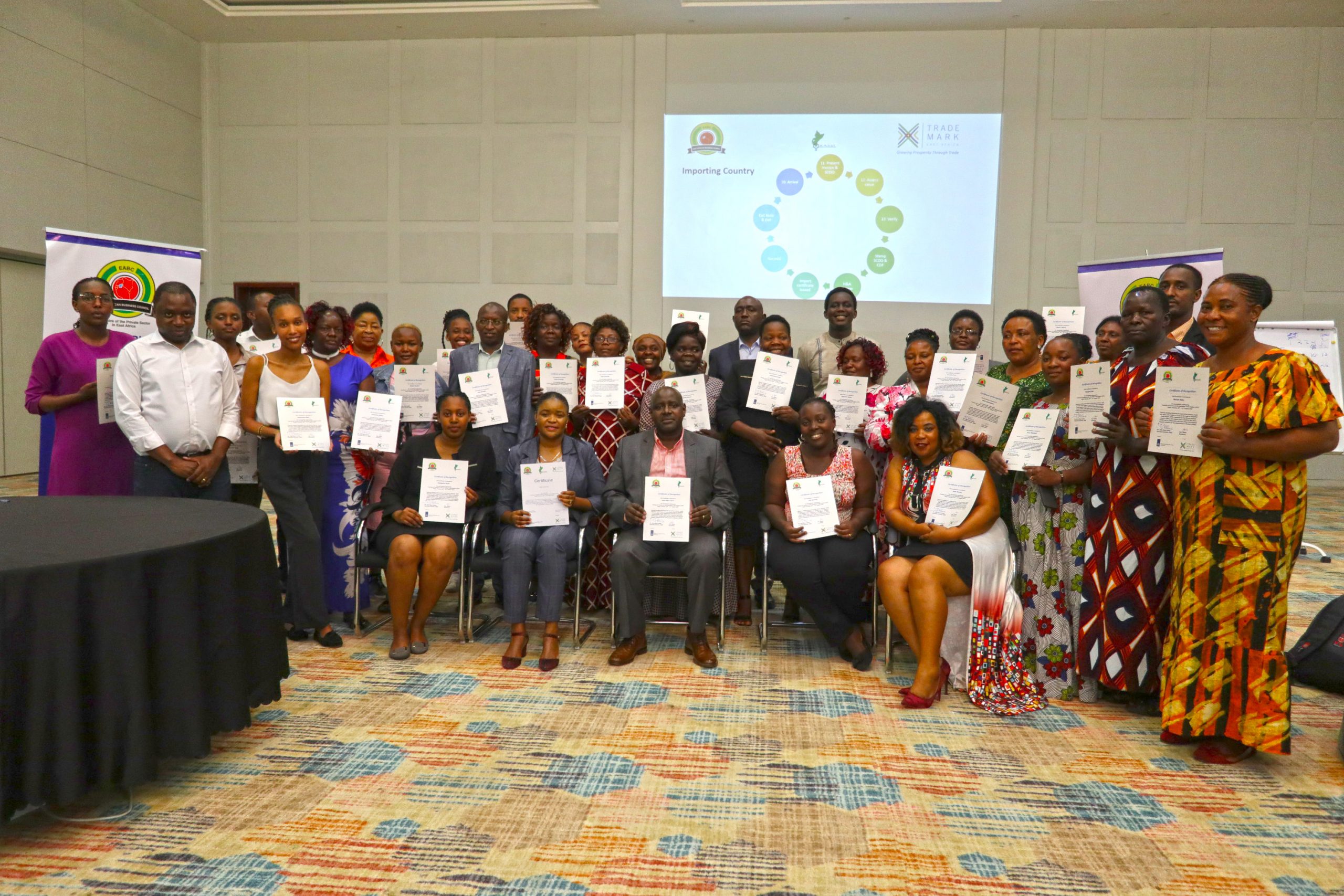 Mr. Kalisa explained that during EABC Public Private Dialogues with Trade Facilitation Agencies at the One Stop Border Points, women cross border trades requested for the establishment of storage and child care facilities and cross-border markets to ease their daily work.

Misinterpretation and low understanding of the EAC Simplified Trade Regime by Customs Officials and small cross-border traders is one of the main challenges hindering full utilization of the regime, Mr. Kalisa elaborated.

Mr. Kalisa urged for the maximum cargo value threshold under EAC Simplified Trade Regime of USD2000 to be upgraded to USD 5000 for more trade to happen.

On his part, Mr. Dennis Karera, EABC Vice Chair said, EABC is committed to advocating for an effective EAC Simplified Trade Regime for trade that reflects realities on the ground. He cited that over 40000 cross-border traders mainly women use the Petit Barrier between Rwanda and the Democratic Republic of the Congo.

Vice Chair Karera urged the youth ambassadors and women cross-border traders, to learn about the customs procedures and transfer the knowledge to their counterparts in their associations and cooperatives after the capacity-building sessions. He further urged Governments to replicate the EAC Simplified Trade Regime at the Continental level under the African Continental Free Trade Area (AfCFTA)

She lauded the EABC-EASSI-Ministry for building the capacities of small cross-women border traders stating that empowered women are empowered families, communities and nations!

She appealed for the EAC Simplified Certificate of Origin to be issued at no cost across all EAC borders to women small cross-border traders.

The Chief Guest, Richard Niwenshuti, Permanent Secretary Ministry of Trade and Industry said the Government of the Republic of Rwanda is committed to understanding the context of small cross-border traders to formulate better policies and open new markets opportunities and trade as we go to the African Continental Free Trade Area.

The Permanent Secretary stated that improving physical and soft infrastructure at the borders, harmonizing and easing inspection of standards, Sanitary and PhytoSanitary measures, supporting small traders to tap into digital trade and tools and consolidating informal associations to formalize into cooperatives are some of the solutions boost cross-border trade.

Hon. Pamela Maassay said the use of an approved simplified certificate of origin exempts consignments of goods that Originate in the EAC that are valued at under USD 2000 from payment of import duty in the EAC destination country.

The legal basis of the Simplified Trade Regime is Rule 14 of the EAC Rules of Origin particularly paragraph 4 which provides for use of a regularly updated and circulated Eligible List of Products (ELP) for ease and simplification of intra-EAC trade.

The Capacity Building Workshop on EAC Simplified Trade Regime is one of the undertakings under the EABC-TMEA Public Private Dialogue Project for increased Trade and Investment in the EAC, funded by The Netherlands.

The Capacity Building Workshop on EAC Simplified Trade Regime convened over 50 women leaders and youth ambassadors from the border points of East Africa to share experiences and chart out policy recommendations to boost trade.