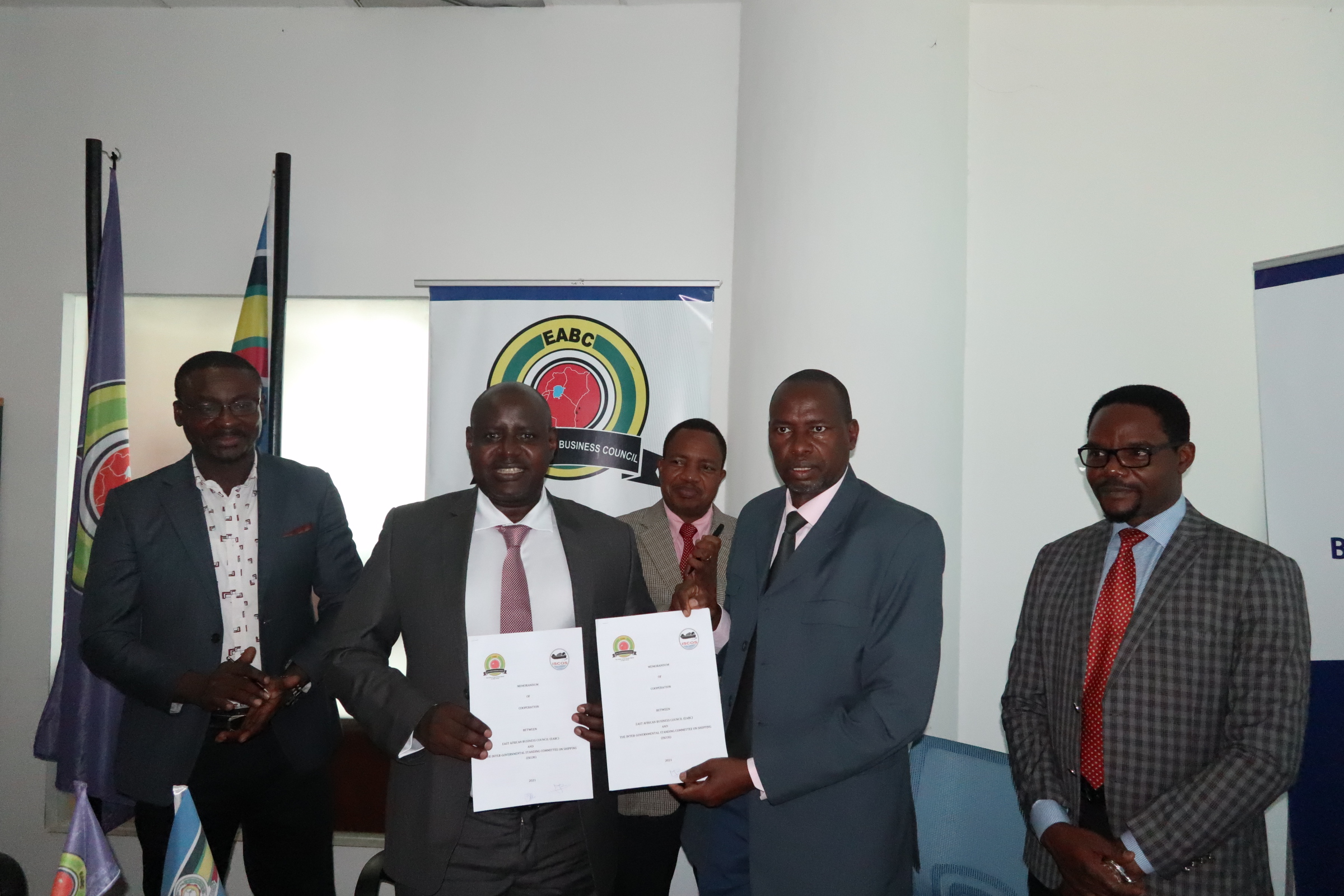 He explained intra- EAC trade hit USD.5.9 billion in 2020 and called for predictable and efficient value chains in the transport & logistic sector to enhance the competitiveness of the EAC bloc.

He stated that congestion, delays, complex freight clearance procedures, inadequate storage &  berthing facilities piracy and terrorism are among the challenges at the ports.

He said the cooperation also focuses on training, information sharing and supporting shippers ( importers and exporters) and other players in the shipping logistic.

On his part, Mr. Daniel Mwanza Kiange Secretary-General of ISCOS said, this partnership will enhance the efficiency & competitiveness of shipping and maritime services for socio-economic development in Eastern, Central & Southern Africa.

He explained in 2020, cargo at Mombasa and Dar es salaam port was  34.1 million tonnes and 17 million tonnes respectively. He said the partnership will enhance collaboration with port authorities on matters affecting port productivity and their impact on trade logistics costs.

The cooperation will also enhance consultations with cargo owners and services providers on best practices and boost the bargaining power of the EAC bloc as most maritime services are offered by international companies. He said the cooperation will reduce the high cost of doing business, investment and shipping logistics in the region.

Trade facilitation in the maritime industry is vital for the EAC bloc to boost the competitiveness of the EAC bloc in light of the trade opportunities availed by the African Continent Free Trade Area (AfCFTA) and the global market.

The Inter-Governmental Standing Committee on Shipping (ISCOS) mandate is to protect and promote shipping and maritime interests and ISCOS is Africa’s Centre of Excellence for Shipping and Maritime Matters. ISCOS enables public and private sectors to engage on matters affecting the seamless flow of exports and imports along the entire transport and trade logistics chain.

ISCOS has been instrumental in the formation of Shippers’ Councils in the Eastern and Southern Africa region through the mobilization of cargo owners (importers and exporters).