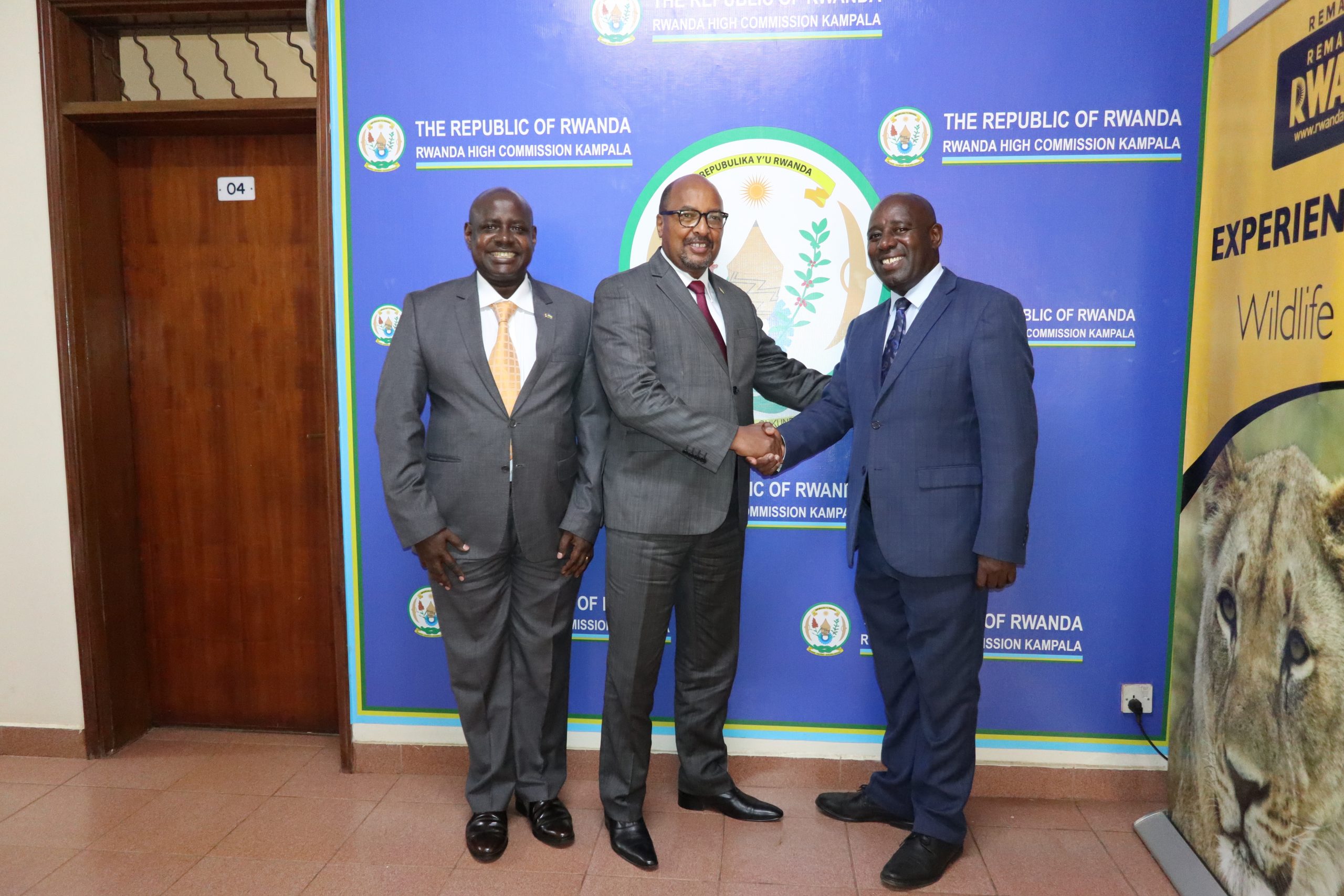 In his remarks, EABC Board Member, Mr. Mwesigwa commended the Government of the Republic of Rwanda for hosting and organizing a remarkable and successful  Commonwealth Heads of Government Meeting and the Commonwealth Business Forum.

He congratulated the President of the Republic of Rwanda H.E. Paul Kagame for the assumption of office as new Commonwealth Chair and reiterated the deep commitment of the business community in East Africa to drive intra-EAC trade, investment and forging stronger trade ties in the continent and the Commonwealth of Nations.

Mr. John Bosco Kalisa stated that “EABC recently organized a public-private dialogue on trade facilitation at the  Katuna Gatuna OSBP to assess the free movement of goods, persons and services.”  The Gatuna Katuna OSBP facilitates the movement of transit cargo and currently, over 150 transit trucks & 800 people use it daily.

Mr. Mwesigwa stated that the business community from both Uganda and Rwanda are optimistic and ready to trade as the border was open. He stated that Rwanda is an attractive investment destination and offers market and connectivity to the Democratic Republic of Congo and Burundi.

H.E. Joseph Rutabana said the Katuna-Gatuna OSBP was reopened and the Government of the Republic of Rwanda is finalizing technical standard procedures to ensure cross-border trade resumes smoothly on both sides.

The need to update standards arises from the COVID-19 and border closure period.

He further mentioned that the business community looks forward also to the official opening of the Mirama Hills / Kagitumba One-Stop Border Post by the Heads of State.