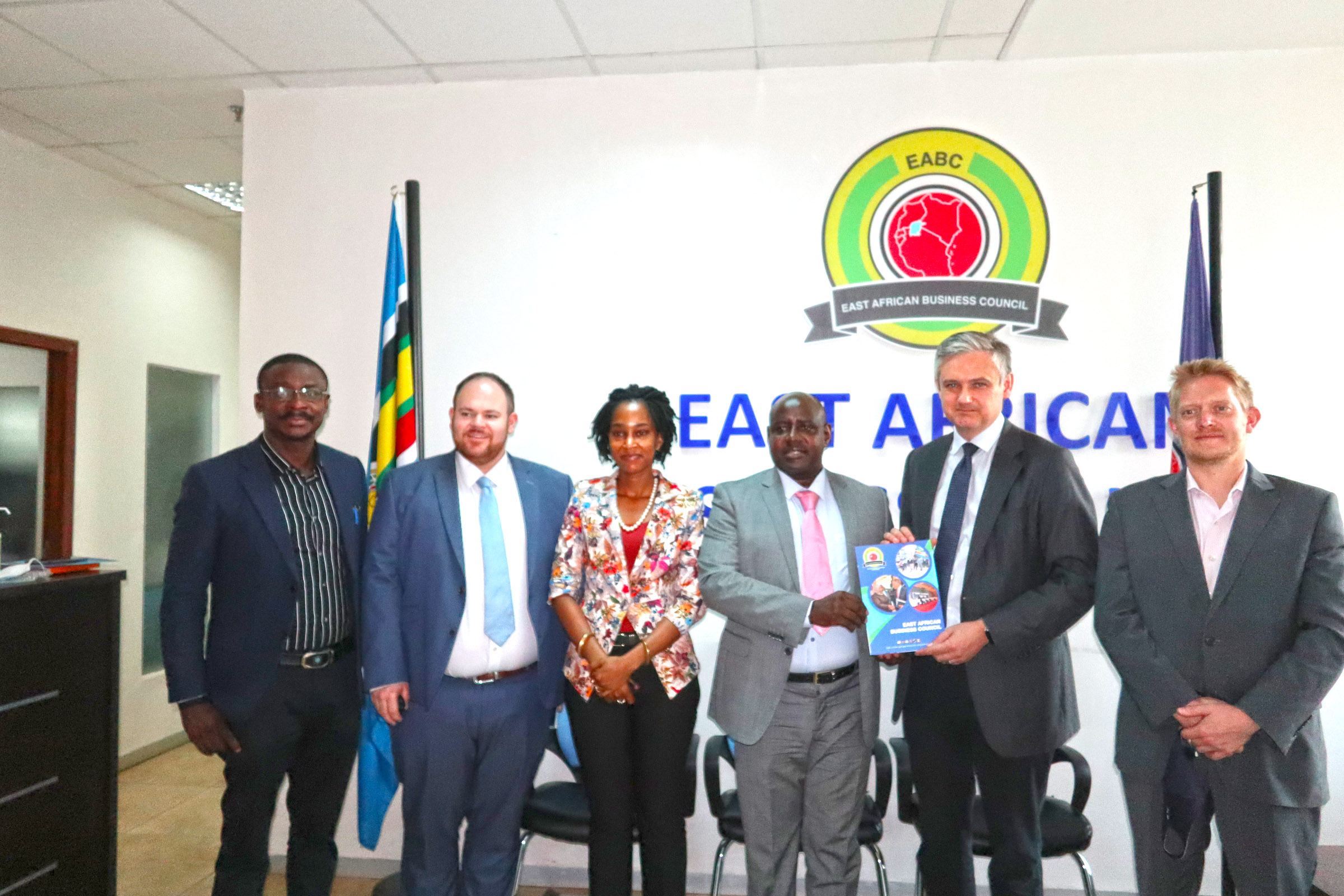 He urged for more EAC – UK Public-Private Dialogue and Fora to promote trade and investment between EAC bloc and the United Kingdom.

John Lord Walney said, UK is committed to vitalizing Aid for Trade and craft a win-win trade relationship with EAC  bloc as the region is has vast endowments and opportunities.

He commended EABC under the leadership of Mr. Kalisa for applying a vital role in breaking barriers and costs to trade plus igniting economic recovery and creating prosperity in the EAC.

He committed to steering a dialogue platform between EABC and U.K businesses for mutual trade and investment benefits and emphasized the need to engage and promote climate change mitigation to build sustainable economies and businesses.

Lord Walney applauded EABC for establishing the Women in Business Platform and addressing trade concerns for women engaged in cross-border trade in the EAC.

In his  presentation, Mr. Adrian Njau, EABC Trade and Policy Advisor said, “EAC Partner States ought to prefer Bilateral Trade Agreement (EPA) with the UK as the  Everything But Arm (EBA) is on a concessional basis and a one-sided Agreement which can be suspended.”

Mr. Njau proposed that the UK’s Post Brexit Trade Deals with African Countries and Regional Economic Communities (RECs) should allow Cumulation, to enable African contracting parties to use originating products/inputs from other African countries to manufacture products to be exported to the UK under preferential arrangements.

He explained that the aforementioned will enhance the African integration Agenda and the African Continental Free Trade Area.