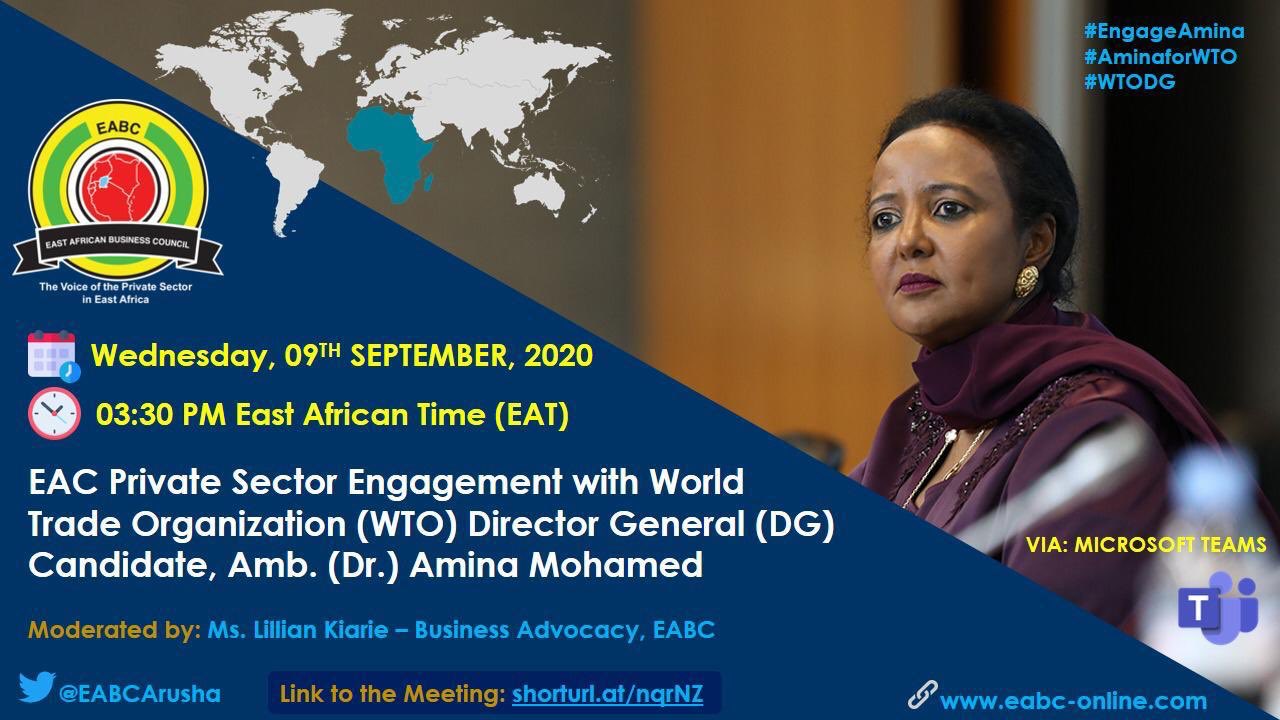 The World Trade Organization (WTO) plays an important role in the liberalization of global trade and promoting rule-based trade which catalyzes the growth and competitiveness of the East African Community as one of the fastest integrating regional economic blocs.

The East African Business Council endorses the nomination of Ambassador Amina Mohammed, for the World Trade Organization’s (WTO) Director-General position. The WTO – Director-General holds an administrative role to oversee the surveillance of trade trends globally, adjudicate trade disputes and negotiation of trade agreements.  Dr. Mohamed is currently the Cabinet Secretary in Charge of Sports in Kenya and a former Cabinet Secretary for Foreign Affairs and International Trade of the Republic of Kenya. She has served as Chairperson of various WTO decision-making bodies such as the Ministerial Conference (2015), the General Council (2005), the Dispute Settlement Body (2004) and the Trade Policy Review Body (2004).

Africa’s active and strategic participation in the negotiations at WTO is vital to unlock the economic potential of the continent and increase access to international markets.  Dr. Mohamed’s success to the WTO-Director General position will be a great opportunity for the EAC bloc and Africa to shape global economic policy to increase the continent’s share in global trade amidst the implementation of the African Continental Free Trade Area (AfCFTA).


In view of the above, the East African Business Council invites you to participate in the Virtual Conversation with Amb. Dr. Mohamed on deepening the engagement between the private sector in Africa and the WTO slated on 9th September 2020 at 3:30 PM EAT, Microsoft Team meeting link: http://shorturl.at/nqrNZ

This virtual engagement will explore: