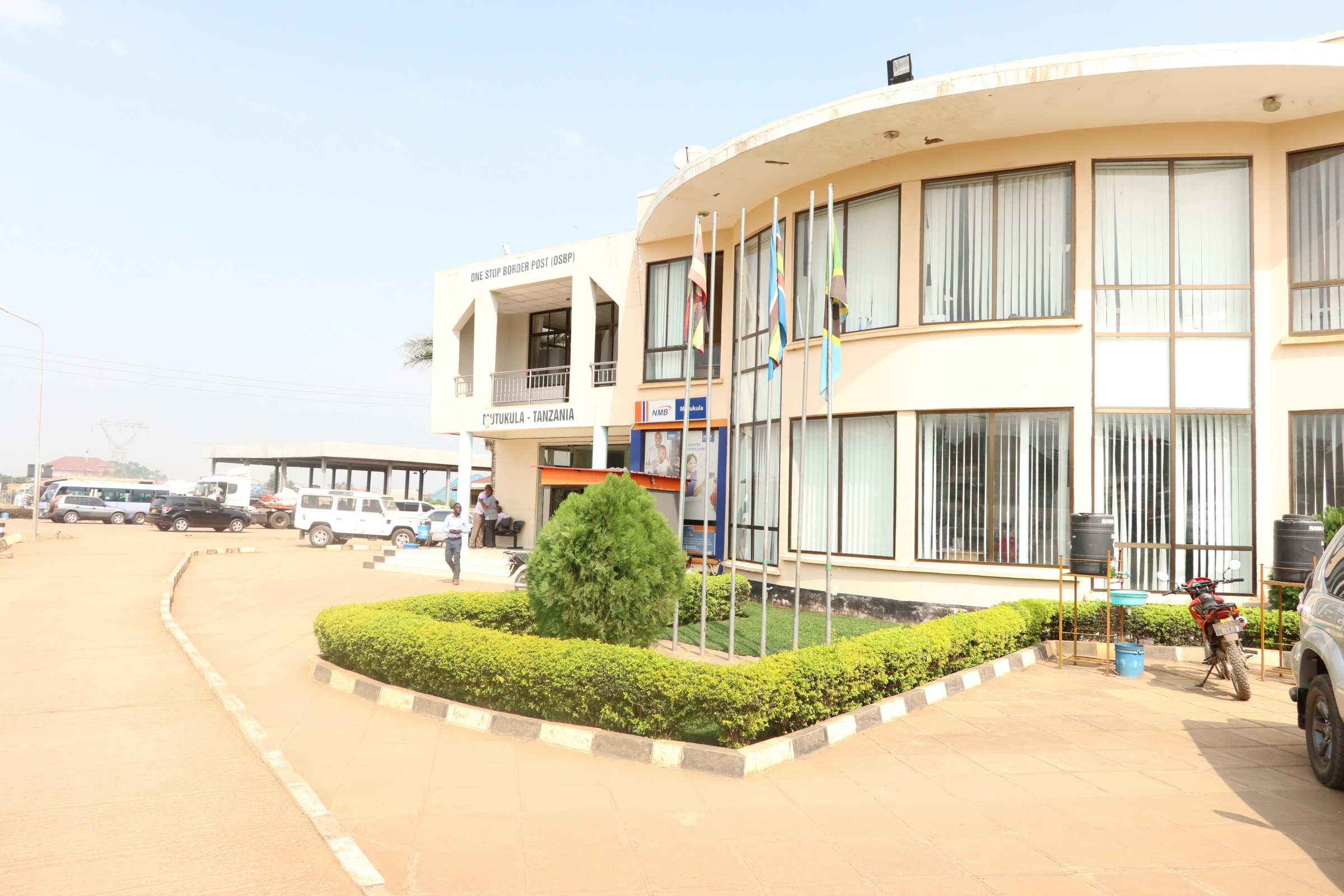 Friday, 28th January 2022, Mutukula, Uganda: The East African Business Council (EABC) CEO Mr. John Bosco Kalisa has called for the full operationalization of Mutukula One-Stop Border Post, urging for more trade facilitation officials to be deployed to offer 24 hours service on the Uganda side for the seamless flow of cargo between Tanzania and Uganda.

All agencies on the Tanzania side offer 24hrs services but on the Uganda side, only the immigration department operates 24hrs at the Mutukula border.

Speaking during the EABC-TradeMark East Africa (TMEA) Public-Private Dialogue at Mutukula OSBP,  Mr. Kalisa explained that East Africans can not trade with each other due to NTBs imposed EAC originating products which countries have a comparative advantage. He appealed to the EAC Partner States to abolish tariff and Non-Tariff Barriers (NTBs) on rice and maize.

Mr. Joseph Cosmas from Tanzania Chambers of Commerce Industries and Agriculture (TCCIA) said “Uganda and Tanzania planting and harvesting seasons are different.” He  cited that import ban on maize from Uganda by Tanzania is affecting the competitiveness and growth of intra-EAC trade as trucks export products to Uganda and return back empty, instead of bringing back to Tanzania the harvested maize during deficit season.”

Mr. Moses Kadera Chair of Tanzania Freight Forwarders Association(TAFFA) said “the excise tax on rice was increased by Uganda from 6% to 13%  creating unpredictable and paralyzing Uganda- Tanzania trade at Mutukula.”

The Chairs expressed that such barriers risk promoting unnecessary business rivalry and retaliatory restrictions at the expense of East Africans.

Ms. Benuza Jane, Chair of Women Cross Border Traders Cooperative Matukula Uganda called for the full operalization of the EAC Simplified Trade Regime and reported that the list of most commonly traded goods are not listed at the border.

She urged for harmonization of COVID-19 measures and explained that during the lockdown families broke up and businesses collapse as women cross border traders opted to do business on the Tanzania side due to lockdown and the 14-day quarantine requirements on the Uganda side.

Mr. Ceaser from Uganda Revenue Authority, said: “the Mutukula border clears 150-200 trucks of cargo daily from Tanzania to Uganda with a one-hour clearance time per truck.”

On his part, Mr. Charles Omusana, Principal Economist (Investment & Private Sector Promotion), said that border agencies have a duty to make ensure benefits of the EAC integration are felt by the citizens and intra-EAC trade thrives.

Ms. Eugenia Mwesiumo, from the Ministry of Foreign Affairs and East African Cooperation -United Republic of Tanzania, lauded the public-private dialogue for coming up with solutions to facilitate cross-border trade.

Mr. Matia Etedu from the Ministry of EAC Affairs – Republic of Uganda said the Ministry is deeply committed to promoting intra-regional trade and the NTBs will be quickly resolved.

Mr. Kalisa called for the quick establishment of border markets to enable cross-border traders to sell their products with ease and security. He applauded the People and Government of the Republic of Uganda for marking the 36th National Liberation Day and the remarkable developments in the country under the leadership of H.E. President Yoweri Kaguta Museveni.

The EABC-TMEA public-private dialogue at Mutukula OSBP attracted over 50 delegates composed of Officials from the Ministry of Foreign Affairs, trade facilitation agencies, importers, exporters, transporters women cross-border traders and Eastern African Sub-Regional Support Initiative for the Advancement of Women (EASSI). Other challenges include duplicate customs procedures such as verification, cargo verification on the Uganda side can only be done during the day due to poor lighting.

The EABC-TMEA public-private dialogue at Mutukula OSBP  charted out the following recommendations: Need for regular holding and involvement of cross border traders in the joint border management committee, creation of trade information desk for women small scale traders, financial support for cross border business recovery amid covid-19, improvement of road from Uganda side, sensitization campaigns on customs procedures, harmonization of COVID-19 measures, simplification and translation of customs documentation into Kiswahili and English for easy comprehension by cross border traders.